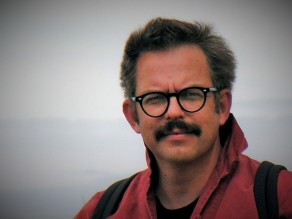 Markus Ehring is the founder and creative mind behind Public Poetry, a design company based in Germany.  The team is dedicated to change the world’s perception of public recreational spaces by creating an atmosphere where people can come together again.

During his studies of mechanical engineering, he already accomplished numerous patents and developed a strong interest in bionics. One of his first inventions, adhesive glow-in-the-dark stars, are illuminating the dark ceilings for pajama-clad stargazers everywhere.

Ehring has collaborated with many companies worldwide from various disciplines. He has worked with the world’s leading manufacturers, architects and planners and has received many international awards for public design since 1987.

Ehring’s intuitive appreciation for new art forms, materials and technolgies makes him a careful observer of the surrounding world.  In his innovative creations he combines imagination and practical functionalty. His work can be found throughout the globe, enhancing public spaces and enriching the lives of New Yorkers, Parisians and Tokyoites, to name a few.